Archives with carriage files for mounting the extruder 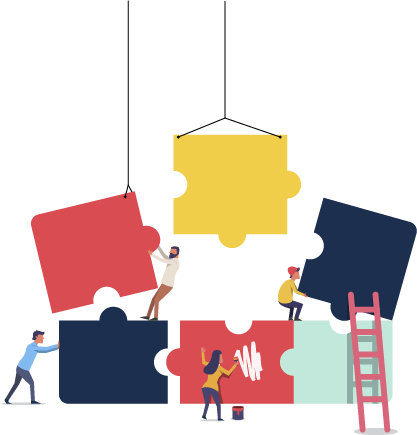 Welcome to the step-by-step instructions for installing and setting up your chocolate print extruder.

The whole process will go in stages. After completing the stage,  move on to the next.

Before we begin installing the extruder, you need to download, print and install the mount carriage on the printer.

Mount motor as shown on picture. 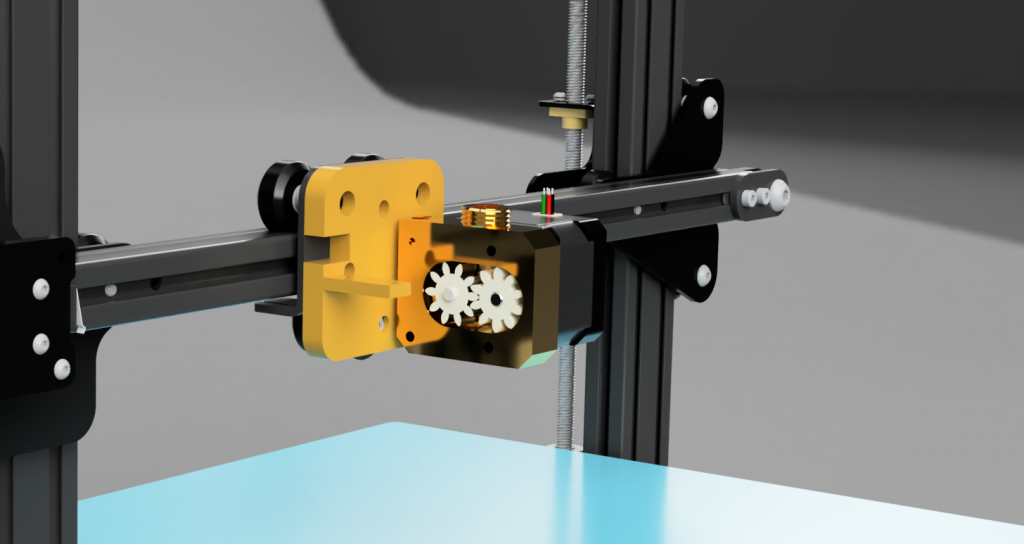 After the housing with the seal is completely clipped onto the motor shaft, insert the shaft of the driven gear and both gears. 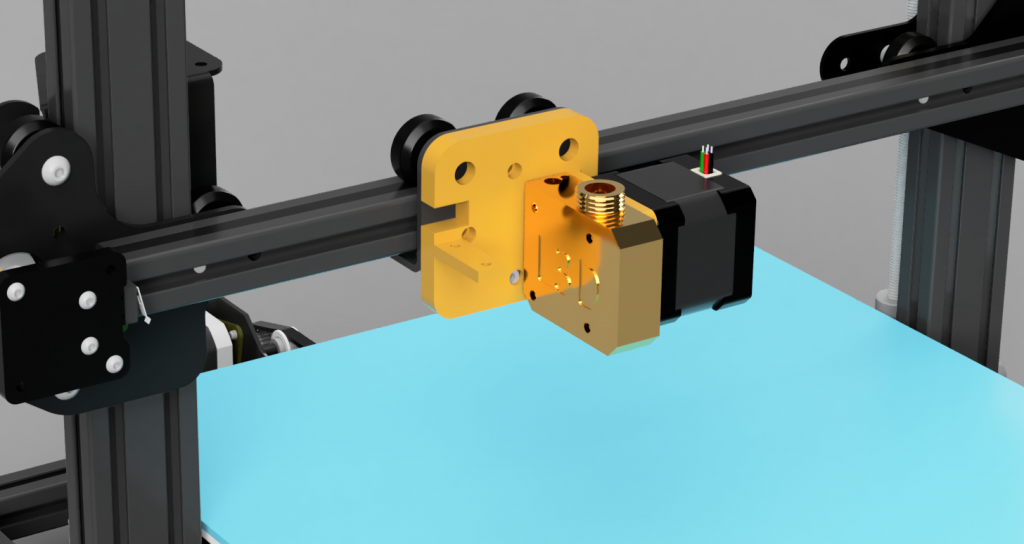 Close the front cover. It is important to make sure that the cover is wearing a transparent gasket that seals the joint between the cover and the extruder body.

After installing the cover – tighten the fixing screws M3 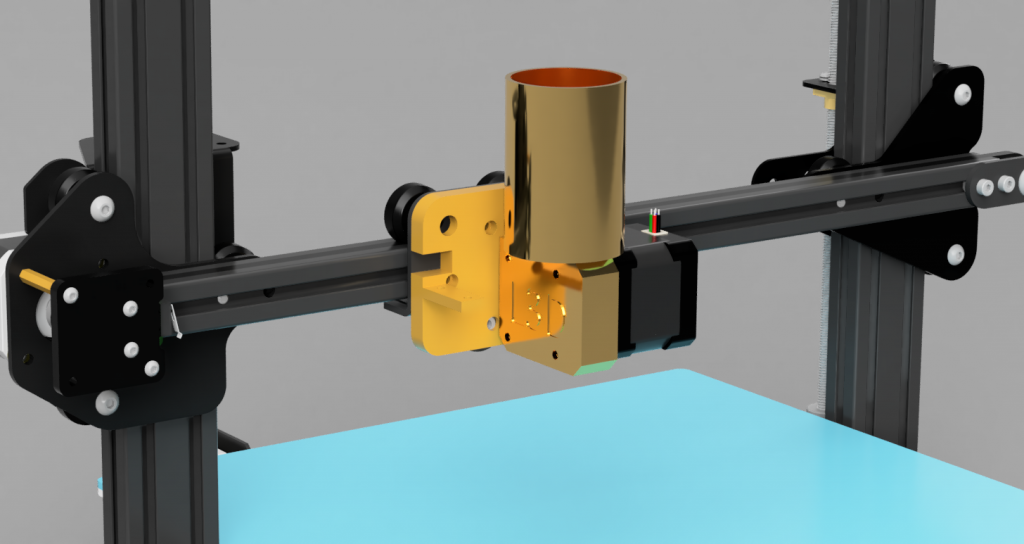 Connect the extruder heater to the port of the standard nozzle heater. On the pictures it is signed as – nozzle.

On different boards, this port can be designated as HE0 (heater 0). If the board is designed for 2 or more extruders, then there will be respectively: HE0, HE1, HE2, etc. That is, we need the port with the lowest value, which will mean that it is the first one.

The same goes for the temperature sensor. It should relate to its heater port. If there are several extruders on the printer board, then there will be the same number of temperature sensors. On the picture we see that the nozzle thermistor is designated as E-TEMP. On multi-extruder boards, they can be signed as: TH1, TH2, and so on. Again, select the port with the lowest serial number.

Connect the extruder stepper motor to the appropriate port. On this board it is marked with the letter “E”. On multi-extruder boards, they will also have serial numbers E0, E1, etc.

If the extruder motor rotates in the wrong direction, you just need to turn the connector with the motor wires 180 degrees in the port on the board. 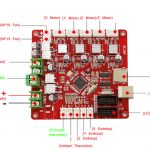 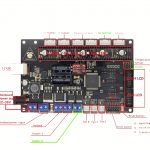 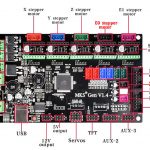 Configure settings as on pictures and save profile 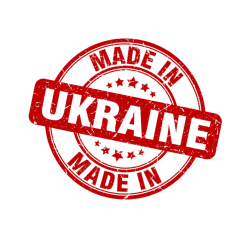